NOTE: THIS EVENT IS BEING POSTPONED DUE TO LACK OF INTEREST. MICHAL, OUR ORGANISER AND HOST, WILL COME FORWARD SOON WITH A DATE NEXT YEAR AND WE HOPE THAT, WITH MORE NOTICE,  WE CAN GET MORE INTEREST IN THIS EXCITING TOUR.

This is one of a number of social events being proposed to the PPL/IR Europe membership for 2019. The preliminary plan assumes 8 days and 7 stopovers, all located around the Baltic Sea.

This tour is being organised by Michal Zienkiewicz. It is planned for a week in August, either the week of 12-18th August or 19th- 25th August. The proposal is for aircraft to assemble in Roskilde near Copenhagen, fly to Stockholm, thne Tallinn in Estonia, Riga in Latvia,  Vilnius in Lithuania and finishing in Zielona Gora for a barbecue in Michals back garden.

See full details below and please contact Michal if you are interested or fill in the form.

Cities and sites to be visited 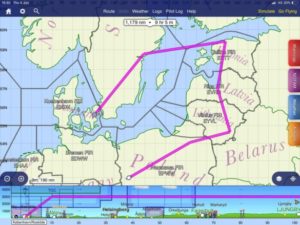 The Danish capital city straddles two islands: Zealand and Amager (where Roskilde and the main Copenhagen airport are located, respectively). The Amager part is connected to Sweden by a road and rail bridge across the Øresund strait. 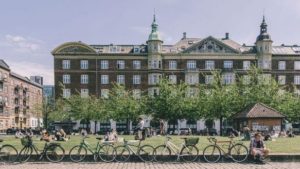 Capital of Sweden, in a picturesque location between Baltic and a myriad of inland lakes. Organisers have some inside knowledge of very good restaurants. 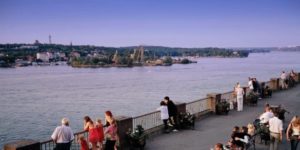 Capital of the northernmost of the Baltic states – Estonia, which declared independence in 1918 and gained it again from the Soviet Union in 1991. The city remembers Viking times and its entire medieval Old Town is a designated UNESCO World Heritage Site. 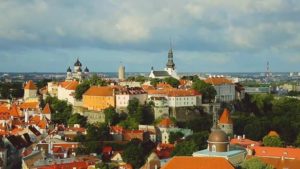 Proposed for a daytime-only lunch stopover, not because it has less to offer, but due to lying so close between Tallinn and Vilnius. Capital of Latvia, the largest city in all three Baltic states, home of one third of the Latvian population and one tenth of the three Baltic states’ populations combined. 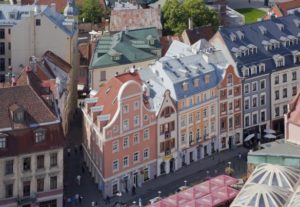 The capital city of Lithuania, Vilnius has a number of historic buildings and monuments for every architectural style since gothic. Apart from numerous churches, Palace of the Grand Dukes, historic Gediminas Tower, it even has a self-proclaimed republic right in the city centre.

Wolf’s Lair (German: Wolfsschanze; Polish: Wilczy Szaniec) was Adolf Hitler’s first Eastern Front military headquarters in World War II. The complex, which became one of several Führerhauptquartiere (Führer Headquarters) in various parts of Eastern Europe, was built for the start of Operation Barbarossa – the invasion of the Soviet Union – in 1941. The top secret, high security site was in the Masurian woods about 8 km (5.0 mi) east of the small East Prussian town of Rastenburg (now in Gierłoż, Kętrzyn County, Poland).

The only city featuring in the itinerary which is not a capital of any country, but don’t let that deceive you. It’s one of two areas in Poland with vineyards and the only city where small land plots with grapevine can be seen right in the centre (as in the picture below).

Historically under the Polish, German and Czech influence due to its location, it offers interesting sights in the Old Town, as well as many excellent restaurants. Please remember to buy some local wine and take it home.

To make it easier for individual participants, the organisers would liaise with airports, collate the PPR lists and put together a “pilot guide” with information about airports for participants. All decisions to depart, land, divert and change individual plans will be at the discretion of the pilot in command.

The preliminary plan includes 10h 15m of flight time and 7 airports to land at. While we will try to obtain some discount on landing fees and handling whenever mandatory, we think that on average

€50-75 should be allowed for per landing. Same applies to accommodation – group discounts will be

sought but it would be good to allow approx. €100 per night for a hotel.

Michal Zienkiewicz, a member of the Events Working Group, is the main contact for this event –

The list below shows the entire route as planned, with great circle distances and flight times at

Please log in to view who is attending this event.

Tickets are not available as this event has passed.
We use cookies to make our website function correctly, and also to track your visit to our website, in an anonymous way, so that we can monitor the performance, utility and usage of the website. Our use of cookies is described in more detail in our Privacy Notice. By clicking "OK" you are consenting to this use of cookies.OKPrivacy Notice